It has been reported that Germany’s federal drug commissioner is hoping to use her country’s imminent EU Presidency to further obstruct vaping products all over Europe.

Die Welt writes that Daniela Ludwig has identified an opportunity to transfer her distaste for reduced risk products to a wider audience as Germany takes up its six-month Presidency for the second half of 2020.

Read more: Germany must use its EU Presidency to act wisely on e-cigarettes 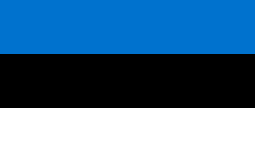 Many thanks to Ingmar Kurg for this article about the good news coming out of Estonia this week.

Amendments passed in the Estonian Parliament on 4 May will allow menthol flavoured e-liquids and heated tobacco products to be sold.

The Bill had been initiated by the government and attracted a raft of amendments from MPs, who recognise the importance of introducing tobacco harm reduction policies.

Last year the sale of all flavoured e-liquid (with the exception of tobacco flavour and flavourless) was banned in Estonia. Monday’s decision to allow menthol flavours to be sold is a small but important step towards recognising the importance of less harmful nicotine products and supporting smokers as they transition away from the taste of tobacco. As menthol will be banned in conventional cigarettes later this month, the availability of menthol e-liquids will also provide an alternative for smokers who like the taste of menthol.

If you tolerate this then YOUR flavours will be next

There is outrage at the news that the Danish National Board of Health and the Minister of Health did not release key information before the tobacco action plan was voted in. The tobacco action plan includes harsh regulations for safer nicotine products, based on the notion that vaping is causing young people to smoke. However, as DADAFO reports, the data actually show the exact opposite:

"Adolescents who start vaping or using snus would probably have started smoking if there had not been a low-risk alternative available. And the figures show that the few young people who start vaping or using snus do not go on to smoking tobacco. On the contrary, the figures show that young people who are already smoking are actually trying to quit smoking by switching to vaping or snus."

DADAFO:  The National Board of Health hid key information / https://dadafo.dk/sundhedsstyrelsen-skjulte-centrale-oplysninger/

Nyheder reports that the National Board of Health paid extra to get a bigger sample size for the Danish Smoking Habits 2019 survey, in a quest to find more smokers. Publication of that report was delayed by several months, meaning that politicians did not have access to the latest figures during the negotiations for the tobacco action plan.

Shockingly, the good news that vaping is not a gateway to smoking for Danish youngsters was buried - and legislation which will deny adult smokers access to life saving products was voted in.

“the existing legislation is adequate, and if the enforcers of the law would indeed enforce the law (no sales to minors) there would be no need for restrictions on products which satisfy adult consumers, and keep adults away from smoking tobacco cigarettes.”

Yesterday we learned that the Danish Parliament voted to adopt the the Bill amending the Act on the ban on tobacco advertising etc. This will see most e-liquid flavours banned, plain packaging for vaping products and display and advertising bans. For updates please follow DADAFO on Facebook, here

Danish media reported yesterday that the flavour ban proposals had been indefinitely postponed but then today issued a correction, saying that:

"The Ministry of Health has subsequently stated that it considers that e-cigarettes are not covered by the Commission's opinion. The Ministry is therefore continuing to work on banning e-cigarettes with flavor as of April 1, 2021.

Read more: If you tolerate this then YOUR flavours will be next