#sovape: reassuring the public is a public health imperative

Vaping: Reassuring the public is a public health imperative

At the 3rd Sommet de la Vape in Paris, around twenty experts discussed vaping as a way to provide millions of years of healthy life to millions of ex-smokers.

Chaired by Jean Pierre Couteron, who guaranteed an ethical framework, the event opened with the release of a survey conducted by BVA and commissioned by SOVAPE: The alarming headline figures were that three in five French people think that vaping is at least as dangerous as smoking (if not more) and 80% believe that nicotine is carcinogenic.

Antoine Deutsch of the National Cancer Institute (INCa) regretted the demonisation of nicotine. Jacques Le Houezec blamed the confusion created by the considerable media attention given to cherrypicked sections from WHO reports and the current US crisis - which has been caused by adulterated products and not by e-liquids sold from reputable suppliers.

At least 700,000 people have quit smoking since 2014 which, as Viet Nguyen Thanh of Santé Publique France explained, presents 100 million euros of annual savings for health insurance according to estimates by Prof. Benoit Vallet, Director General of Health from 2013 to 2018, or 6 million American lives saved, or 88 million years of life by the end of the century, according to the calculations of Professor David Levy, Georgetown University of Washington. Like England and the United States, the French data presented by Stanislas Spilka of the OFDT prove that vaping is not a gateway to smoking.

Millions of lives and years of life to save

Dr. Olivier Véran, MP for Isère (LREM) regretted this French reluctance to trust risk reduction that Anglo-Saxon embrace more readily. Dr. Léonie Brose, Dr. Lion Shahab and Louise Ross, speakers at the Summit, confirmed interest from smokers towards giving up tobacco that kills every second user, in favour of the low-risk products like e-cigarettes. They presented statistics from their fight against smoking in the English population, which has seen a decline, since 2012, from 20% to 15%. This success was highlighted by French speakers, Dr Anne Borgne, President of Respadd, Dr Marion Adler, Doctor of Tobacco Studies, Pr Bertrand Dautzenberg, Respiratory Doctor and Coordinator of the first report on vaping for the Ministry of Health, and Dr. William Lowenstein, President of SOS-Addictions.

Nicotine is not carcinogenic; vaping is much less harmful than smoking

A few days before the start of tobacco free month, SOVAPE calls on the minister, the authorities and health agencies to send clear messages to smokers:

SOVAPE once again thanks all its partners, stakeholders and the public, including health professionals, who were highly motivated after 9 hours of conference to relay the message to their colleagues and patients in the field. Videos of the presentations will be freely available on the internet in a few weeks.

An article in the Tobacco Control Journal by a Finnish public health advocate has urged the EU to change its policy towards vaping products in the Tobacco Products Directive (TPD). ETHRA fully rejects the reasoning contained in the article and we are shocked that a member state can attempt to impose its extreme position on others in the EU by advocating for prohibitions not welcome elsewhere.

Eeva Ollila of the Cancer Society of Finland boasts that her country’s extreme anti-nicotine policy is being inconvenienced by the EU treading a path which accepts reduced risk products as a valid option for smokers seeking to quit. Her insistence that Finland’s approach should be forced on other member states by imploring the EU to change sensible regulation in favour of restrictions which go against the considered policies of many in the EU who are comfortable with the TPD is wrong.

Finland may wish to eradicate nicotine use, but it is arrogant to presume that all 27 member states should do the same. The EU has sensible regulation under the TPD which is working to reduce smoking. Finland is an extreme outlier and should not be dictating their outlandish and evidence-light view of harm reduction to more enlightened countries.

A race to the precautionary bottom is not how the EU works at its most efficient for its population. Regulators in Brussels should roundly dismiss the bully-boy tactics of a member state which chooses blind prejudice instead of a progressive and modern approach to reducing harm from tobacco use, which the EU, wisely, chose to implement in its TPD in 2014.

“Ms Ollila is out of step with the rest of Europe,”,says Jari Ollikka, of Vapers Finland, “it is already damaging to the Finnish public to pursue a thoughtless anti-nicotine policy which deters smokers from switching to safer products, but to attempt to export ignorant policy-making to other member states is an embarrassment to our country.”

“Far from trying to impose an extremist anti-nicotine policy on others by way of draconian EU legislation, Finland should be taking a lead from a majority of their neighbours who recognise harm reduction as a way of encouraging smokers to migrate to less harmful products.

“Vapers Finland urges the public health community to engage with Finnish consumers to learn how safer nicotine products are not a threat to our public’s health, but rather a benefit.”, Jari Ollikka continues, “We stand ready to meet with the government and regulators at any time to give our insights as to how vaping has helped many thousands of our citizens to quit tobacco use. We do not lead Europe by advocating mindless anti-nicotine rhetoric, instead we sadly trail other nations by not recognising that the modern world has new solutions that we should also be embracing.”

Vapers Finland can be contacted here: This email address is being protected from spambots. You need JavaScript enabled to view it.

Media enquiries: This email address is being protected from spambots. You need JavaScript enabled to view it.

Research commissioned by SOVAPE reveals that a staggering 45% of French adults think that vaping is as dangerous as smoking and 80% believe that nicotine is carcinogenic.

The survey was undertaken by BVA for ETHRA partner SOVAPE and will be published at the Sommet de la Vape today.

Yesterday’s news in the Netherlands has focussed on a call by the Association of Physicians for Pulmonary Diseases and Tuberculosis (NVALT) to ban all e-cigarette use in the country.

Spokesman Leon van den Toorn is quoted in the media saying that “worrying developments” have led to his demand for “a total ban on electronic cigarettes”. In response, State Secretary for Health Paul Blokhuis is reported to be “very curious” about “the latest medical insights from Leon van den Toorn and his colleagues” and wants to “involve their findings in the ongoing research into the health risks of e-cigarettes”.

Dutch consumer organisation and ETHRA partner ACVODA welcome Mr Blokhuis investigating this policy area but insist that all stakeholders should be consulted before the government embarks on legislative bans which could have a devastating impact on the health of Dutch smokers and ex-smokers, and consumers should be central to that.

“There is absolutely no justification for banning all e-cigarettes in the Netherlands”, says Sander Aspers, Chair of ACVODA, “Mr van den Toorn is basing his case on very one-sided and selective slides presented at a conference in Madrid last week from people ideologically opposed to any harm reduction alternatives, and has discounted the widely-reported health opportunities which reduced risk products can offer.”

“Mr Blokhuis rightly states that vaping products are allowed and strictly regulated by the EU Tobacco Products Directive, so a complete ban is out of the question. If he wants to investigate the matter diligently to the benefit of all citizens of the Netherlands, it is imperative that he meet with consumer representatives to hear our many success stories with e-cigarettes. Surely, he should see that proposing a ban on safer nicotine products which have helped hundreds of thousands of Dutch people to quit smoking while the most dangerous delivery system – cigarettes – are free to be sold all over the country is madness. Talking only to vested interests and excluding the public from the conversation is not the actions of a proud democratic EU Member State.”

ACVODA is happy to meet with Mr Blokhuis at any time of his choosing, we believe it is imperative he does so. It is important that a drastic policy to ban all vapour products includes input from all stakeholders, most especially consumers whose lives will be heavily impacted by this ill-advised threat. Published evidence reviews from respected European health bodies endorse the many benefits of reduced risk products, and there is a real danger to Dutch public health if the consumer voice is not respected.

ACVODA can be contacted by email This email address is being protected from spambots. You need JavaScript enabled to view it., or follow on Twitter and Facebook 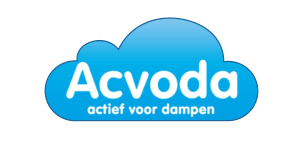 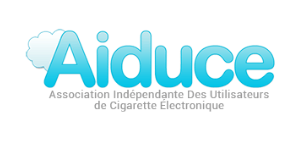 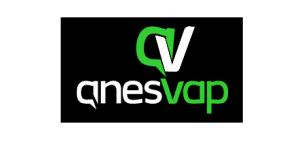 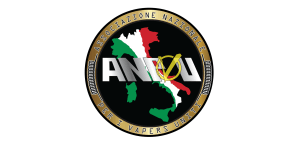 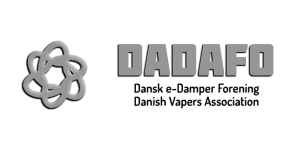 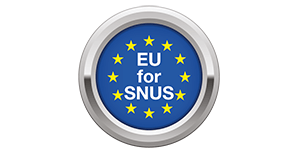 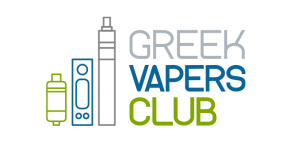 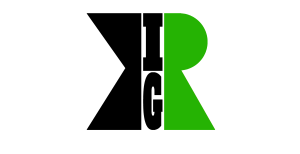 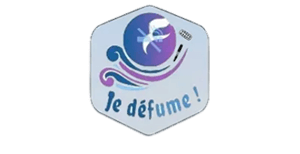 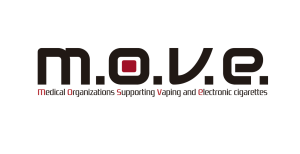 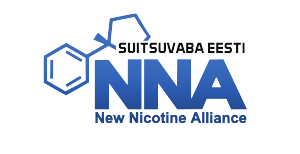 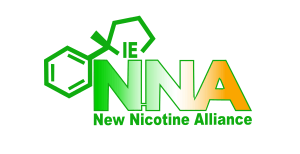 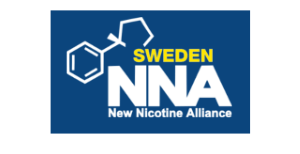 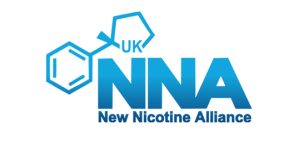 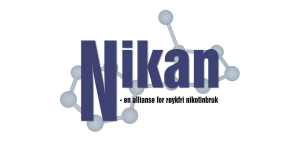 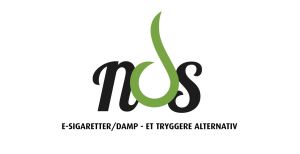 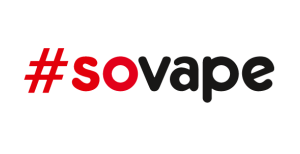 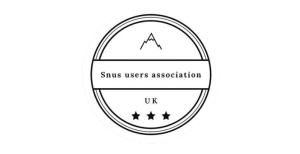 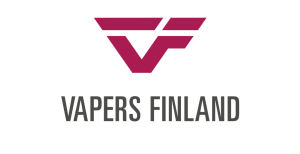 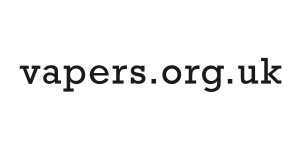 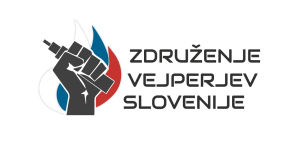