Europe’s Beating Cancer Plan is an ambitious EU project which aims to reduce the cancer burden and address cancer related inequalities. The European Commission’s report for the Plan is due to be published on 3rd February but the draft was leaked to the media last week. According to the leaked document, the Plan’s proposals for reducing smoking are very hostile to tobacco harm reduction.

For a summary of the tobacco control proposals in the Plan see this open access Politico article: Commission Cancer Plan eyes drastic cuts in tobacco use by 2040

The Report fails to make a distinction between harmful smoking products and smoke free alternatives. The draft also shows that the Commission intends to use the TPD and Tax Directive to regulate “related products” more strictly to “reduce their attractiveness”. The Commission is responsible for the TPD review in May so this is very worrying, especially as it is months before our MEPs will get any say.

Consumers and experts submitted in their thousands to the Europe’s Beating Cancer Plan Road Map and public consultation last year, yet the document scarcely refers to those consultations.

ETHRA and partners will be writing to the MEPs on the Special Committee on Beating Cancer (BECA), ahead of their meeting and exchange of views with the Commission on 4th February. You can watch the afternoon’s proceedings from 13.45 on this link.

A huge thank you to everyone who completed our nicotine users survey and to all of you who helped to share it. A massive 38,000 of you did the survey. We are now processing the results and will share some of the findings with you when we can. Here is some data on participation - bravo Italy!

FLAVOUR BANS AND OTHER ANTI-THR MEASURES

Proposals for these are now popping up all over Europe.

Denmark: In our last update we reported that the Danish Parliament has voted to ban most e-liquid flavours, mandate plain packaging for vaping products and ban displays and advertising.

Netherlands: there is a public consultation finishing on 2nd February, into the government’s decision to “only allow flavourings that are mainly found in tobacco flavours”.
ETHRA’s Call to Action is here, our submission is here and please read the excellent letter from 24 health experts to the Dutch health minister, here.  Acvoda writes here about why the basis for the ban is wrong.

The consultation has already attracted a record number of submissions; 1023 at the time of writing. Be quick if you want to add your voice.

Spain: we reported in November that the Spanish government intends to ban e-liquid flavours.

Latvia: On December 12th the Latvian parliament supported changes to the law on the sale of tobacco products. The changes are intended to capture new products such as nicotine pouches. The law would also apply to products currently on the market, such as vapour products, and to any new tobacco substitution products that enter the market in the future.
The draft legislation includes a cap on nicotine content, mandatory health warnings, online sales ban, and advertising restrictions. There is also an amendment to ban characterising flavours.

Finland already has a ban on non tobacco flavoured e-liquids. There are reports that the Finnish government is now developing proposals for further restrictions to safer nicotine products, including plain packaging.

The EU Tobacco Taxation Directive is currently being revised. For consideration in the revision is the “harmonisation of the taxation of new products,” this would bring vapour products under the remit of the Directive. Depending on the outcome of the revision, this could significantly drive up the cost of vapour products.

The Roadmap consultation was the first stage of the revision and was open to the public to submit their comments, this ended on 5th January. A total of 134 submissions were made, 84% argued against including safer nicotine products.

All the feedback submitted so far is here. ETHRA’s submission can be found here.  A public consultation is expected within the next few months.

Italy's new Budget Law has increased the duty for nicotine containing e-liquids to 15%. This will rise by 5% a year, until 2023. There is also a new excise tax for e-liquids without nicotine. more here.

It is being reported that cigarette sales are increasing in the US - can we expect that here? Access to reduced risk nicotine products has been difficult during the lockdowns, with vape shops closed across Europe. Vapers in Belgium could not buy products at all during lockdown, as there is a ban there on online sales. France and Italy are to be congratulated, however, on keeping their shops open. There is good news from Bavaria too, where a court recently confirmed that “e-cigarettes and liquids are not ‘luxury goods’, but daily needs”. Bavaria is the 6th German state to allow vape shops to open in lockdown, joining Berlin, Brandenburg, Hesse, Lower Saxony and Thuringia.

This is an open consultation on “how well current tobacco regulations are achieving their objectives”, with reference to the Tobacco and Related Products Regulations 2016 (the legislation for the TPD in the UK) and other legislation.
The consultation has just been launched and closes on 19 March.

Just before the holiday season the WHO released a report on meetings of expert committees and study groups, including the tenth meeting of the WHO Study Group on Tobacco Product Regulation (from page 6). The recommendations for heated tobacco products and vapour products include a complete ban on open systems and a ban on commercial advertising, including social media. If implemented these will be disastrous for consumers and will favour the tobacco industry at the expense of the independent vaping industry. The report the recommendations are based on was not made available, nor were the names of the expert committee members disclosed. The report was included in the list of documents for the 148th meeting of the WHO Executive Board, held in January, but does not appear to have been discussed there.

Some of the recommendations:

Recommendations in WHO Study Group on Tobacco Product Regulation report

The WHO continued their attack on safer nicotine products in a joint statement issued by the Head of the Secretariat of the FCTC and the WHO Regional Director for the Eastern Mediterranean region on 25 January. This called on countries to redouble their tobacco control efforts through full implementation of the FCTC, in order to reach the target of a 30% reduction in tobacco use by 2025. The report recommends that smokers should be discouraged from using any nicotine or tobacco products and misleadingly portrays safer products as a tobacco industry ploy to “hook” a new generation.

Anytime soon
Long overdue is publication of the Eurobarometer survey on the prevalence of tobacco products and e-cigarette use in the EU. This will have data crucial to the TPD Application Report.

ETHRA attended the virtual launch of Breathe Vision for 2030, held on 27 January. According to the Breathe website, Breathe is a collective initiative, driven by European level patient groups and healthcare professionals who have come together in a European Lung Health Group. They seek to influence European and EU policy priorities to maximise their benefits for respiratory health.

Most of the discussion focused on the heavy burden the COVID crisis has had on lung health and health systems around Europe. Speakers emphasised the importance of promoting lung health, stating that even before COVID, respiratory disease accounted for 600000 deaths per year in the EU. Through dialogue with stakeholders, the Breathe Vision aims to promote an understanding of risk factors to lung health, and to translate that into policy [i.e. to influence policy through lobbying]. Improved prevention policies will play an important role in this.

Pierre Delsaux (Deputy Director General, DG SANTE) spoke at the event. He stressed that health is the number one priority for the Commission and went on to say that Europe’s Beating Cancer Plan will play a key role in health promotion.  [Considering the contents of the preliminary SCHEER Report and the tobacco control proposals in the leaked draft of the Cancer Plan, this doesn’t bode well for tobacco harm reduction.] When speaking specifically about tobacco control he said that the goal of the Commission is to achieve a “tobacco-free” generation - note that he didn’t say a “smoke-free” generation.

Interestingly, he finished by referencing a new authority the Commission is creating, the Health Emergency Response Agency (HERA). HERA’s purpose will be to detect and react to future health crises, and will apply to lung health. An impact assessment is due next week, and a public consultation will follow. He expressed a keen interest in engaging with stakeholders and citizens on this consultation, and listening to any concerns they may have. He went on to extend an open invitation to anyone who wishes to contact him, so there may be an opportunity for THR advocates to engage there.

In relation to tobacco control Dr Jill Farrington (WHO Europe) said they are working with countries to strengthen the implementation of the FCTC. In other words, they will be carrying on with failed policies that do little to nothing to reduce smoking, while continuing to ignore harm reduction measures that would actually achieve something.

The only direct mention of vaping came from Ann-Marie Baird (Lung Cancer Europe) who was discussing the prevention of lung diseases. She started by highlighting the need for multi-pronged risk reduction approaches in combating lung diseases. However, when talking about tobacco use, she said that there was a need to ensure stringent regulations of all tobacco products, which must include e-cigarettes. So, there will be support for preventative measures but only for the measures they approve of. 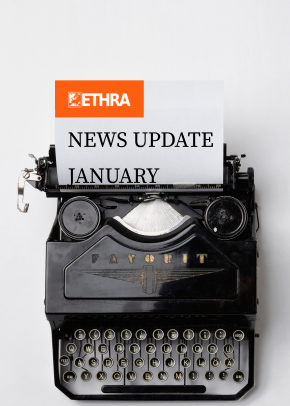