There are now more Norwegians using snus than smoking daily.

New figures from Statistics Norway show that while 14 per cent of the population aged between 16 and 74 used snus daily in 2019, only 9 per cent were daily smokers. Nikan has looked at the figures and asked for comments from researcher Karl Erik Lund at the Institute of Public Health. 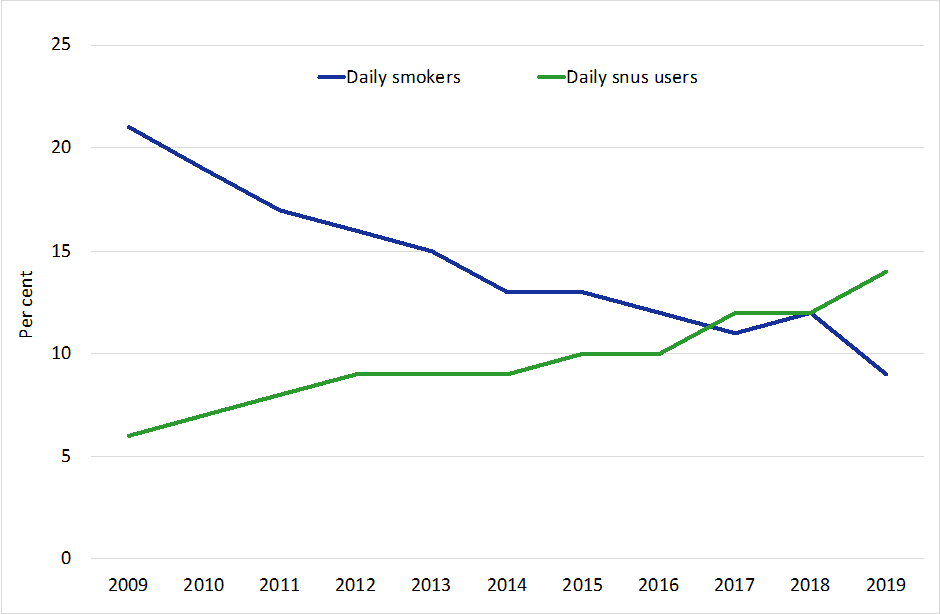 Karl Erik Lund at the Institute of Public Health comments on developments as follows:

“The change that has taken place in the Norwegian nicotine market is very positive and has received a lot of attention abroad. There has been a rapid shift from life-threatening incineration products such as cigarettes and rolling tobacco to various varieties of snus. The proportion of smokers has halved in 10 years. Twenty years ago, every third Norwegian smoked daily. According to the Directorate of Health, Norway is the country in the world that has had the steepest decline in the number of daily smokers.”

Karl Erik Lund points out that the total volume of tobacco consumed by Norwegians has also reduced. Thus, it is not true that the strong increase in snus consumption has contributed to an increase in overall tobacco use.

“Overall, this will result in a formidable public health benefit. We can expect far fewer new cases of COPD, lung cancer and cardiovascular disease. These diseases together account for 75 per cent of smoker-related deaths. Snus - though not risk-free - does not increase the risk of contracting any of these three diseases.”

The figures from 2019 show a particularly strong decline in smoking from 2018 to 2019 and a corresponding increase in snus use. Lund does not want to pay particular attention to developments from one year to the next but states that he is focusing on the long-term trends. There are annual variations that are often due to chance.

Snus use is most common among young men

There are still many more men than women who use snus daily- 20% and 7% respectively state they use snus daily. Nonetheless, among women, daily use of snus has increased from a low of 1 to 7 per cent over the past 10 years.

The figures below show the development in the group 25-34 years in the last 10 years, among men and women. 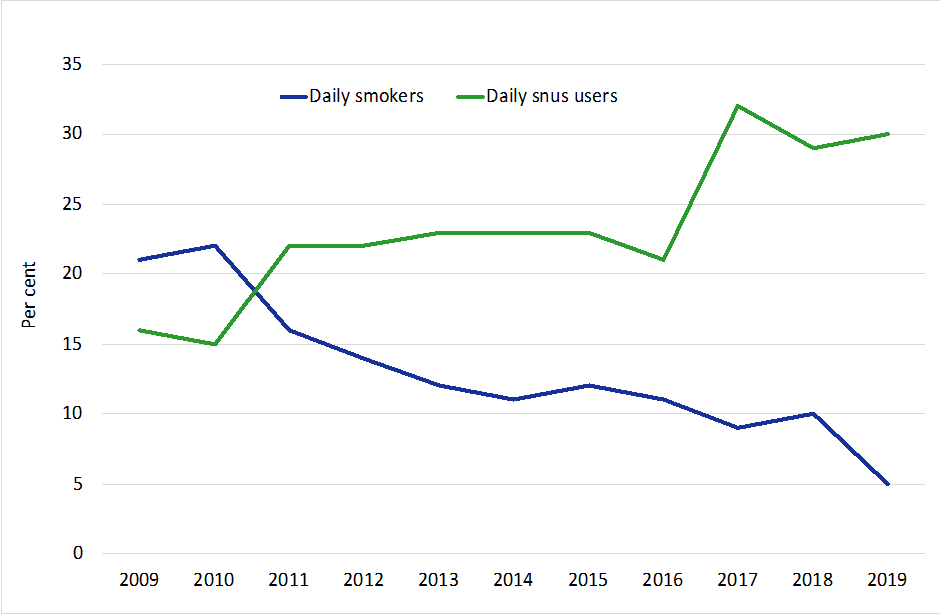 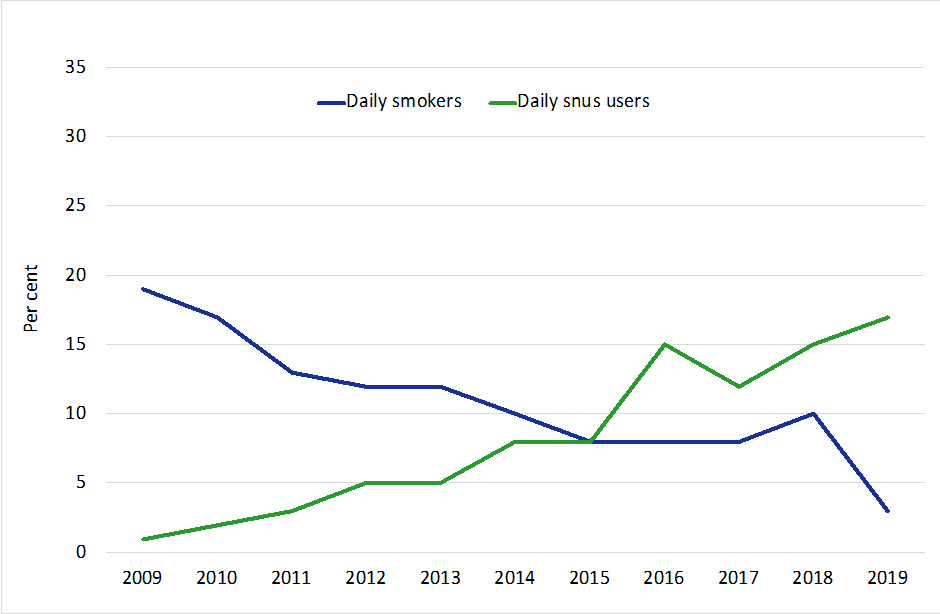 Nikan is very positive about the development. Although it is not risk-free to use snus, it is far less harmful to health than smoking.
The National Institute of Public Health has estimated that 2 out of 3 smokers will die as a result of smoker-related illnesses. Studies show that many people use snus as a smoking cessation product. There are also some that start using snus without smoking first. The critics claim that the latter is a public health problem. We at Nikan believe that very many in this group would start smoking if snus was not available. It is the countries that allow snus that have had the strongest decline in smoking in recent years. This shows that we need less harmful ways of taking nicotine.

Statistics from Statistics Norway can be found here.

This post originally appeared on Nikan's website, you can read it (in Norwegian) here: Snus erstatter røyking – gir store folkehelsegevinste