Tobacco Excise Directive leaks
The European Commission's Tax Excise Directive report is due to be published on 7 December, but there have already been several media articles suggesting that the Commission wants sizeable taxes on the safer products. The reports are based on leaked documents so we can only hope that the final version will be substantially different, and takes account of risk reduction. According to the leaks: e-liquids with a higher nicotine content will be taxed at 40%, those with a lower nicotine content will be taxed at 20%. Heated tobacco products will be hit with a tax of 55%. Following outrage in Sweden, the Commission has already been forced to back down over the plan to tax snus.

Snus survives EU interference
Snus users were furious at reports that the traditional oral tobacco product would be included in the upcoming revised Tobacco Tax Directive. The EU Commission was forced to give assurances that snus would not be affected.  The sale of snus is banned in the EU, except for in Sweden.

Swedish snus: No increase in tax but banned in the EU

The European Commission's Spokesperson on taxation, Daniel Ferrie, confirms that Sweden will retain full freedom in setting the tax regime for snus. 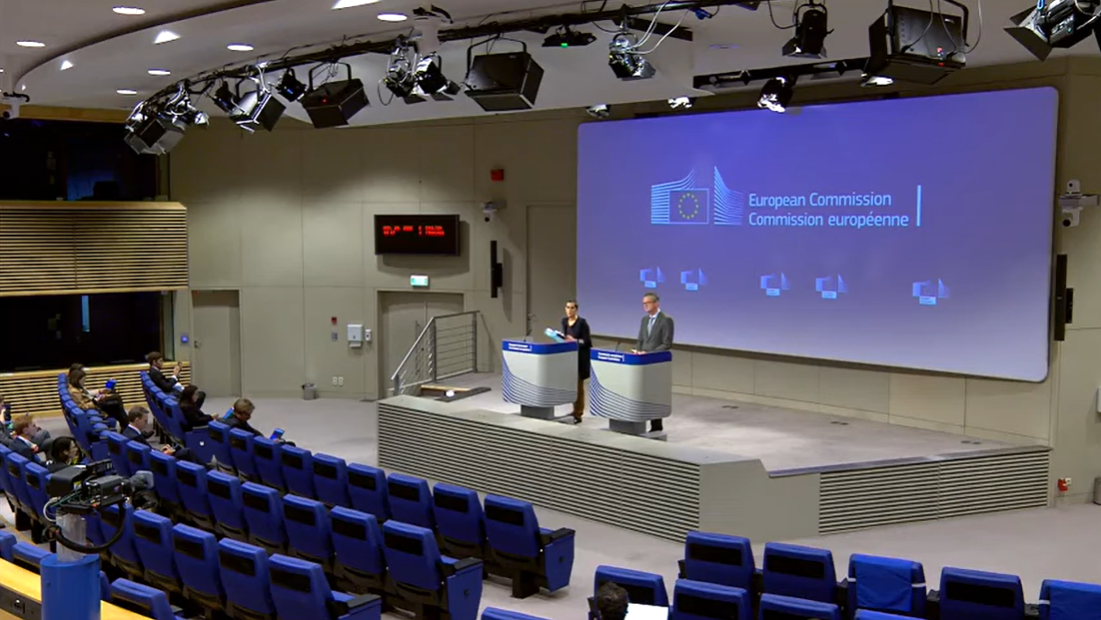 Heated tobacco products flavour ban
The EU Commission's Delegated Directive, which bans flavours in heated tobacco products, has been published in the EU Official Journal. Member States now have until July 23, 2023 to transpose the Directive into national law, and the ban will come into full effect no later than October 23, 2023. Flavours are key to all tobacco harm reduction products so we are disappointed at this development.

ENVI Committe workshop
The European Parliament's ENVI Committee hosted a workshop to discuss  health and regulatory aspects of safer nicotine products (SNPs). Any hopes of a balanced discussion quickly evaporated and it became clear that the workshop's focus would be little more than anti-THR talking points, see the presentation from Dr Charlotta Pisinger in particular. Although, Swedish MEP Peter Lundgren did raise good points in relation to the relative risk of SNPs compared to smoking, and the positive role SNPs can play in smoking cessation. 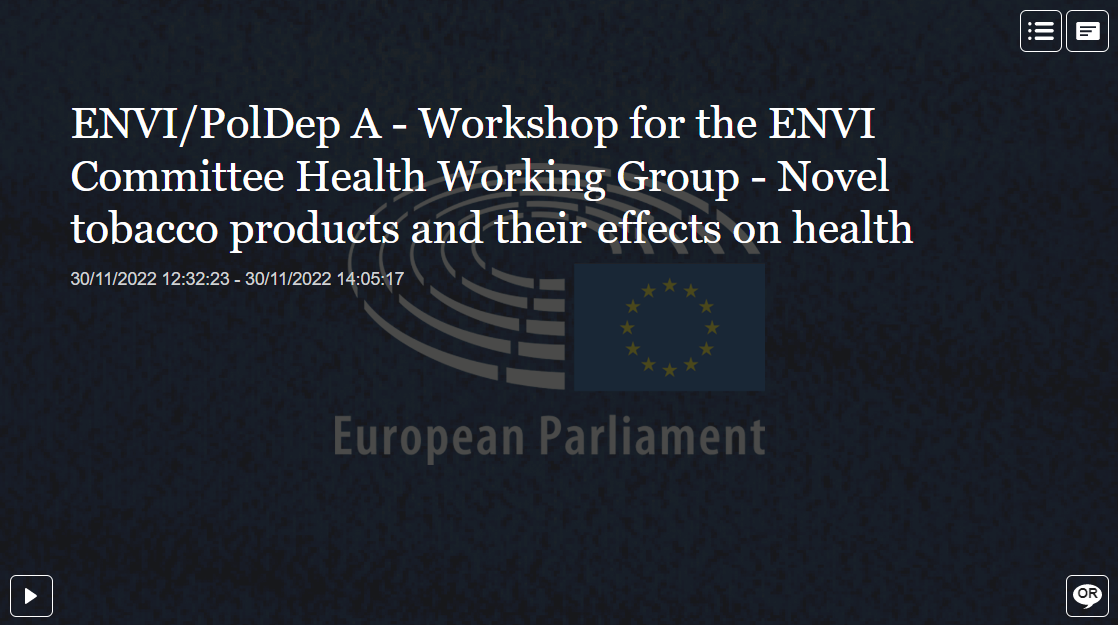 Global Tobacco Control Progress Hub
A new data reporting platform, described as an “ambitious new interactive data platform for the tobacco control community,” has been launched. The platform was produced by ASH Canada and is entirely funded by Bloomberg Philanthropies.

Estonia
Estonia’s Minister of Labour and Health, Peep Peterson, says that disposable vapes may be banned.

Slovakia
Good news. New legislation on nicotine pouches has been adopted by Parliament. The Bill acknowledges that pouches are a less harmful alternative to smoking, introduces manufacturing and labelling standards, health warnings and a nicotine cap of 20mg per pouch

Spain
The National Commission of Markets and Competition (CNMC) has published a report critical of the monopoly of tobacconists for retail sales, and its extension to electronic cigarettes and vapes, as in the draft Law on the Tobacco Market.. The CNMC points out that including vapes "undervalues ​​the possibilities it offers as a mechanism likely to help quit smoking" (Google translate).

Sweden
Confusion around updated guidelines from the Public Health Authority has led to courier company DHL temporarily cancelling all deliveries of nicotine products. 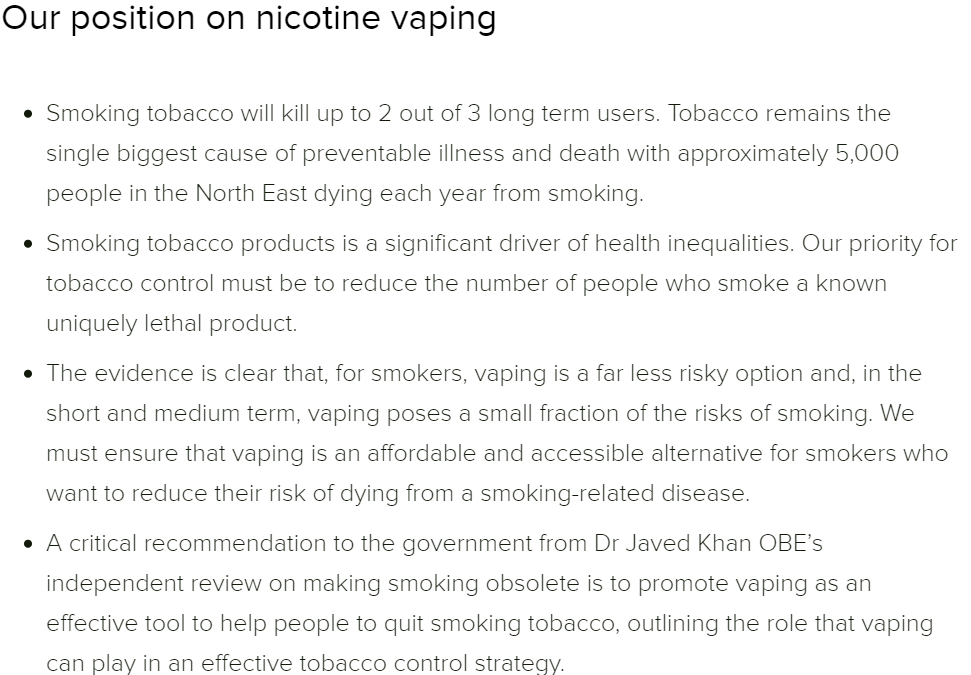 Ukraine
A new Draft Law on the Public Health System has been approved. The Bill will implement harm reduction strategies in addressing risky behaviours such as smoking and excessive alcohol consumption. 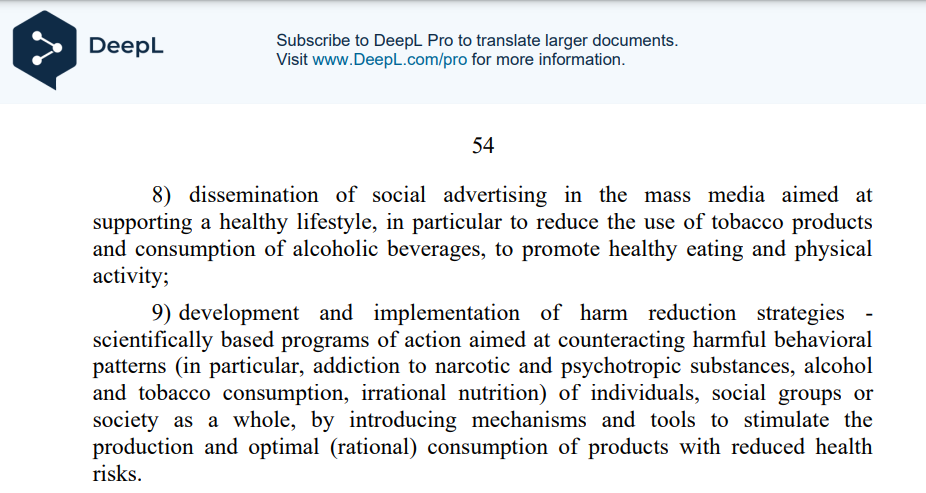 Public Consultation on tobacco control
The second consultation of the European Commission’s evaluation of the legislative framework for tobacco control is expected by the end of the year. It will be in the form of a public consultation and run for 12 weeks. Consumers must take this opportunity to raise their voices in support of tobacco harm reduction, and let the Commission know how important having a wide range of products in a variety of flavours is for quitting smoking. We don’t know the exact date the consultation will take place, so stay tuned for updates.

Cochrane Living Review
Research led by the University of Oxford, and funded by Cancer Research UK, has found the strongest evidence yet that vaping is significantly more effective than NRT’s for smoking cessation.

Jamie Hartmann-Boyce from the Cochrane Tobacco Addiction Group and Martin Dockrell from the Office of Health Improvement and Disparities share seven things you need to know about vaping and quitting smoking. 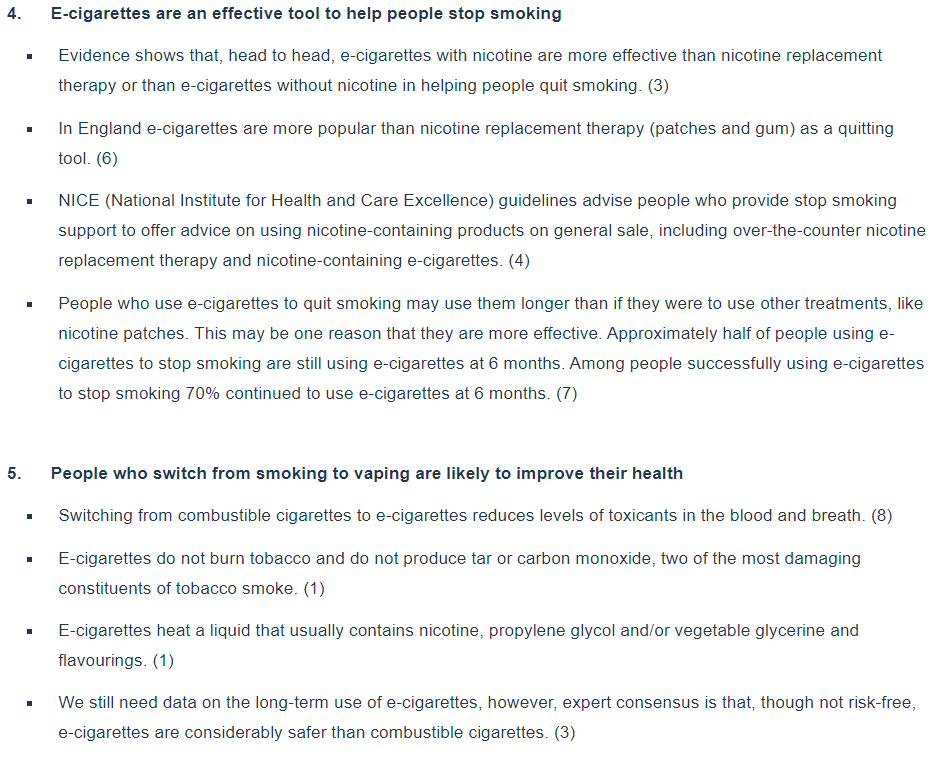 Read on for more:
https://www.cebm.ox.ac.uk/news/views/7-things-to-know-about-e-cigarettes-and-quitting-smoking

The Right Side of History
New report charts the history of THR and examines the potential safer nicotine products can have in reducing the harms from smoking. The key role of consumers is discussed at length.

Save lives: respect citizen rights, rethink nicotine
When those making the rules are ill-informed, the consumers subjected to those rules will invariably be put at risk. 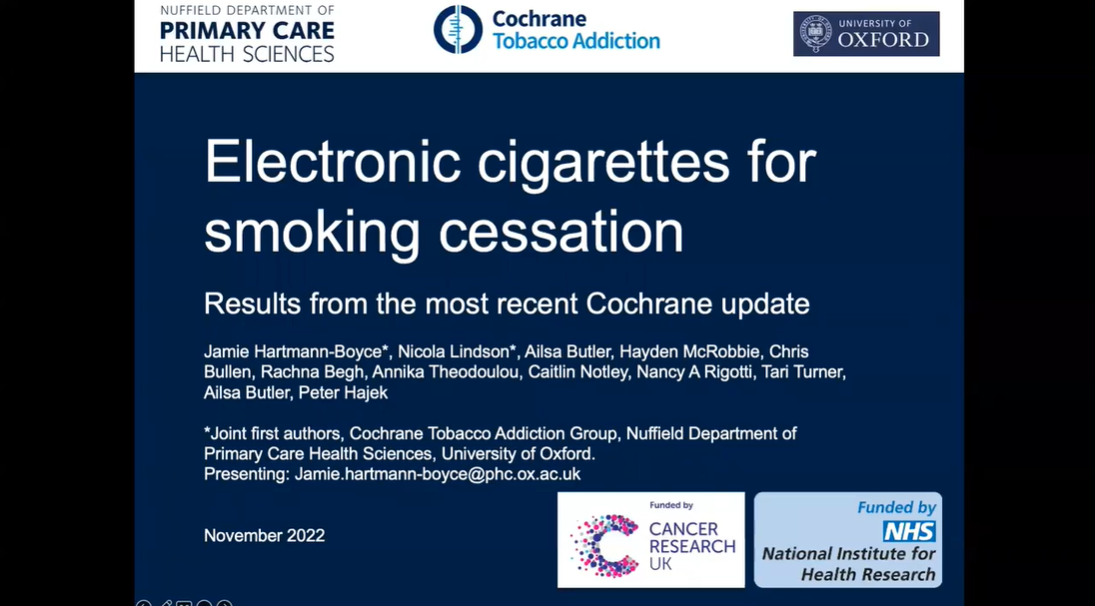